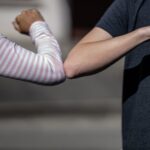 By Sharman J. Monroe, Esq. “So, what do you do?” UGH.  Worst conversation starter EVER!  Why? Think back to the last time someone asked you that. How did you feel? Did you feel defensive, as if you had to prove you were worthy to be in the room? Or did you fumble to get your . . . read more